Standardized Field Sobriety Tests: Should I take them?! 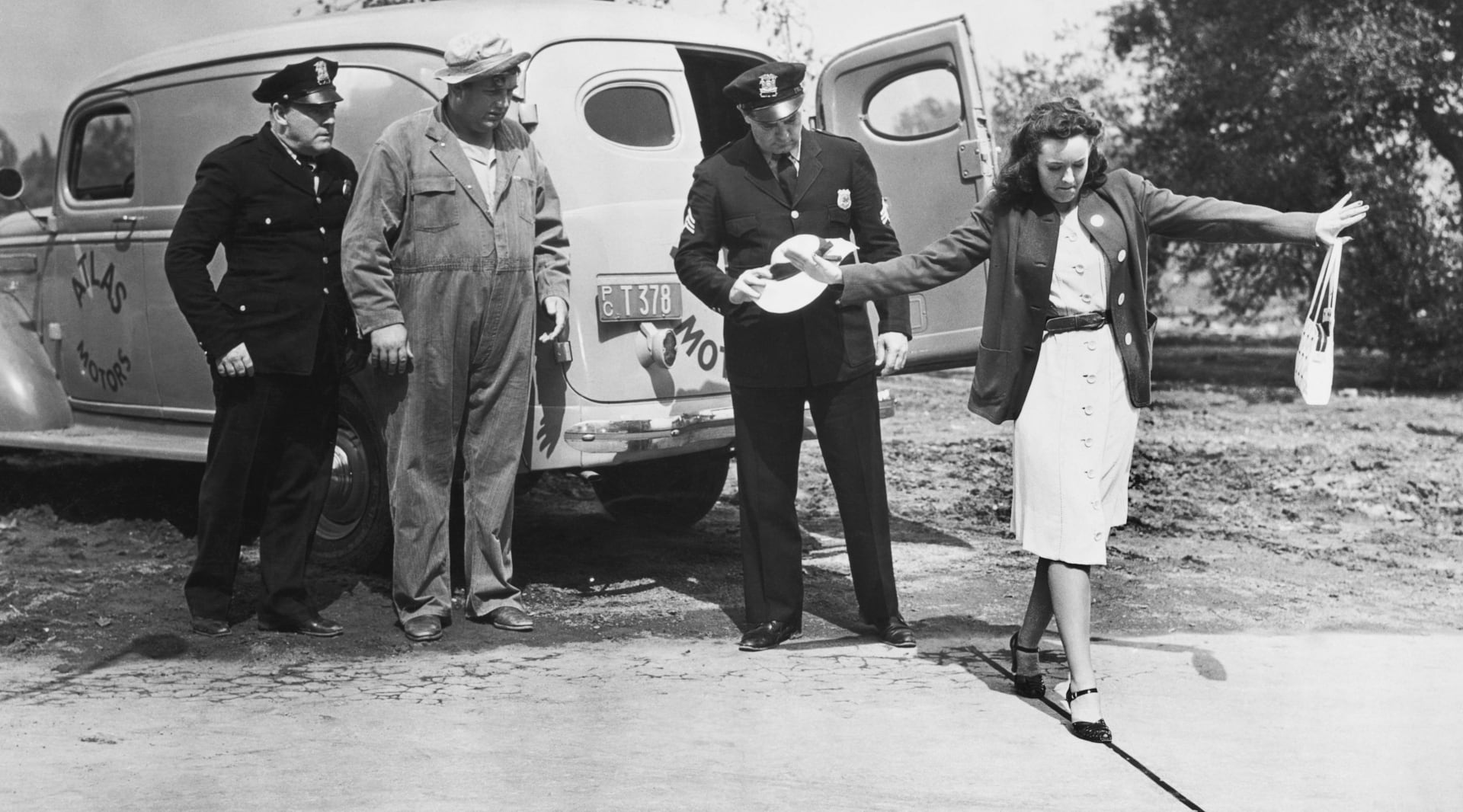 This article is based on my 23 years of experience, having zealously defended hundreds of DUI cases, reviewing hundreds of DUI police reports, and watching hundreds of police videos.  It is not intended to be politically correct, nor a thorough article on the science of standardized field sobriety tests. Instead, it is a no-nonsense, practical guide.

In the 1970s, the National Highway Traffic Safety Administration developed three scientific tests to help determine if a driver is impaired due to alcohol consumption. The standardized field sobriety test battery consists of the Horizontal Gaze Nystagmus Test, the Walk and Turn test, and the One Leg Stand test.  Nowadays, standardized field sobriety tests are used to help determine if the officer has probable cause to arrest the driver for a DUI charge. Under North Dakota law, you are not required to take these three tests!

There are no other scientific field sobriety tests!  Troopers sometimes have drivers perform other “exercises”. These exercises include, but are not limited to:  counting backward, saying a partial alphabet, and touching your fingers whilst you count. However, these exercises are not scientific tests!  They have not been proven to be valid via scientific studies, tests, or research. These exercises do NOT have any standard set of clues. Nor is there a passing or failing grade.  Instead, the trooper makes a subjective determination of how you performed on the exercise.

​The HGN test is simply the involuntary jerking of the eyes as one gazes toward the side.  This jerking may occur if a person is under the influence. However, there are numerous neural, pathological, and vestibular disorders and reasons which can also cause this jerking.  During the test, the examiner looks at six clues whilst the subject follows the officer’s tip of his pen or finger.

In the One Leg Stand test, the subject is required to stand with one foot off the ground approximately six inches, and hold the position while counting aloud for thirty seconds.

Once again, you are not required to take any of these field sobriety tests.  This is different from the on-site breath test or a requested chemical breath test after your lawful arrest.* Generally, you are required under North Dakota law to take these tests. The law and intricacies will be explained in a separate article. But for the purpose of this article, it is important to know that under North Dakota law, you are not required to take any of the three field sobriety tests.

Based on my experience and zealously defense of hundreds of DUI cases, I have come to the conclusion that as a general rule, a person subject to a DUI investigation should not take the standardized field sobriety tests. (“No, thank you.” North Dakota law does not require me to take these tests.”) These reasons may not be politically correct. But based on my wealth of experience, they are true. Herein, are five main reasons for this:

First, practice makes perfect!  Like any physical activity or exercise, the more you practice, the more proficient you become at an activity.  On the other hand, the first time you perform an exercise, you do not perform it as well as if you have previously practiced it! The first time you swung the plastic baseball bat at the ball when you were four years old, you did not hit the ball.  The physical field sobriety tests, to a large degree, test your physical acumen to perform a physical test. If you are 50 years old or older, or a poor athlete, you may fail the tests even if you are sober and have not consumed any alcohol or drugs.  On the other hand, the officers have literally performed these tests hundreds of times during their training. Hence, they should be able to pass the physical tests even when they are under the influence of alcohol.

Second, the officers grade too strict on the performance of the tests.   Imagine the strictest teacher you had in high school.  The officer grading your tests is much more strict than your high school teacher.  I have seen countless videos where it appears that my clients passed the Walk and Turn test or the One Leg Stand test.  But the officers claim that my clients did not pass the tests for minor technicalities and infractions. Of course, you can watch the video dozens of times, and not see the infraction.

Third, generally, the tests are not captured on video!  In 2019, almost all law enforcement vehicles in Cass County and the rest of the state have video cameras mounted on the front dash.  However, the problem is that in a majority of cases, the camera does not capture the field sobriety tests! Based on my cross-examinations over the years, I have learned that it takes approximately six to eight seconds for the officer to adjust the swivel on the video camera to capture the tests.  Most officers do not take the time to switch the swivel on the camera. Without the video evidence, generally, it is the officer’s word against the driver on how the driver performed on the test.

Fourth, even if the officer does not follow proper testing procedures, the tests will still be admissible, at least in the administrative hearing.  Under the Rule of Evidence, it must be shown that the officer followed the proper scientific procedures before the performance of scientific tests or their results are admissible.  Based on my experience, I have observed dozens of times in administrative hearings where the hearing officer, an ND DOT employee, will allow testimony and results of field sobriety tests even when the officer admits he did not follow proper procedures. The hearing officer will say it “goes to the weight of the evidence” and allows this evidence despite the fact the officer did not follow correct procedures. In the criminal case, this happens less frequently as the district judges usually adhere to the Rules of Evidence.

The aforementioned explains my general rule.  However, there are always exceptions to the rule.  For example, if you are a great athlete, have only consumed two drinks, and believe you will pass the tests, then it would be acceptable to perform the Walk and Turn test and the One Leg Stand test.

* Generally, if you are a DUI arrestee, the police need a search warrant before a blood test or urine test is performed.